Capital – capitalism’s main engine – has been and will always be looking for new playgrounds – meaning new territory to invest and profit from. Now it is Dubai and the United Arab Emirates (UAE) as a whole. But once its lustful appetite for more and more profit is saturated, the capital will simply move on. And on. And then what will happen to places like Dubai? Indeed, creating modern Las Vegas in the early 1930s (with booming development especially after WW II) seemed like (though it had plentiful reserves of fresh water) an unrealistic project, but it still holds on. On the other hand though Detroit has fallen completely after the Ford Motor Company went out of business.

Playground for the West

It’s clear that Dubai has went a long way from oil dependency and moved to tourism, trade and other areas to support it’s eyeball-rolling growth. Our feeling was that almost everything is artificial, moreover, plastic… Maybe, we’re wrong.

The emirate is a playground for the West. It is created in it’s own image. I had the feeling that what we saw in Dubai for a week (November 23-30, 2014) is first of all completely artificial, moreover, completely alien to this land. Skyscrapers, yachts, marinas, creeks, twelve-lane highways, unmanned, meaning driverless, fully automated (over the ground!) metro railway networks simply aren’t fitting in.

I had the feeling that the “society fabric” is missing – there’s nothing really holding the society together. Everybody is planning for a short term: temporary job, home, car. People come here just to make money and they move on – mostly go home. It’s a transit area. Until the non-stop (especially real estate) development is on, everything’s fine. But once the decline starts, people will simply go home. There’s basically nothing to keep the society together: no sense of land, history, belonging. No roots. Without them the place can empty in a minute. If there’s an earthquake in Europe or elsewhere, people rebuild. Their life, too. But in Dubai? I think everybody’s just going to flee instantly. Just as when bad news starts to come concerning the downturn of the economy. Or maybe local, regional or international political or military tension erupts. I think tens of thousands of people will flee instantly, there will be no empty seats on any airline for weeks or even months.

There are hardly any animals in Dubai. Pets are rare: again, people are thinking on short term basis.

The beach, the temperature were perfect in the second part of November, the skyscrapers impressive, the people nice. No doubt about that. We visited the nice and shiny areas, but also places where only a few tourists go (see the pictures). We like that everywhere was safe. Air conditioning: dislike. They put it on maximum and providing low or very low temperatures when outside the temperature is just comfortable… Waste of electricity.

Temporary workers are frightened that if they disobey their bosses, they’d loose their income, livelihood, and they wouldn’t be able to support their families in Bangladesh, India, Egypt, Nepal, Morocco, Philippines or even Russia. They live in inhuman conditions (see some photos below). Anyway, the UAE’s human rights track record is… low. To write the least…

Migrant domestic workers in the United Arab Emirates (UAE) are beaten, exploited, and trapped in forced labor situations, Human Rights Watch said in a report. (The country) has failed to adequately protect female domestic workers – many of them from the Philippines – from abuse by employers and recruiters.

More about this issue here.

Yet, in this faraway land we have found the most caring CouchSurfing host: Danny. A special man. We should have discovered more about him that Dubai…

Coming home I realized: if working with my girlfriend in Dubai I’d mostly miss my Family, my Friends and my Mountains. And the seasons. Having a bit cold the day after I returned to Transylvania, it struck me: I would terribly miss the seasons. I like to be cold in winter. It’s awesome to see nature’s rebirth in spring, it feels nice to sweat in summer and enjoy the array of colors in autumn. There’s non of this in Dubai.

Why did we go to Dubai?

We’re poor people from Transylvania, Romania – nobody from nowhere. We wanted to see how absolute luxury looks like. Once in a lifetime. We also wanted to prove ourselves that even low-income people can make it to Dubai, thanks to WizzAir (we made the reservation in March if this year for only Euro 140 the return ticket!) and CouchSurfing. Our total expenses (airplane ticket, food, public transportation) for a week in Dubai and Abu Dhabi: 200 euros.

Please click on the first picture to start the slideshow and story:

The Dubai Metro is a driverless, fully automated metro rail network in the United Arab Emirates city of Dubai. The lines run underground in the city centre and on elevated viaducts elsewhere. All trains and stations are air conditioned with platform edge doors to make this possible. The Dubai Metro is the first urban train network in the Arabian Peninsula. Guinness World Records has declared Dubai Metro to be the world’s longest fully automated metro network with a route length of 75 kilometers. So: first, longest. And let’s not forget: the longest and, of course, the first. 🙂

We were more than lucky with our host: Danny lives in one of the most beautiful areas – Dubai Marina. We could easily sleep on the balcony enjoying the view… Only that the mattress deflated till the morning, but who cares about that when you have this magnificent view? Just beyond the skyscrapers – The Beach… 🙂

Some people act like this is heaven on Earth. Well, yeah, for them it is…

Is this their culture? Is this the way they live or want to live?

How many lanes on Sheikh Zayed Road? Let’s count together 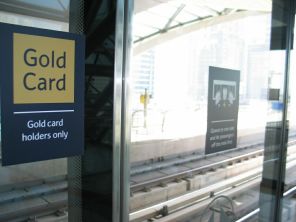 Segregation based on the size of one’s wallet… 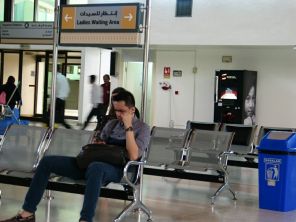 Sheikh Zayed Grand Mosque. Sheikh Zayed bin Sultan Al Nahyan (1918-2004) was the first President of the UAE and the ruler of Abu Dhabi. 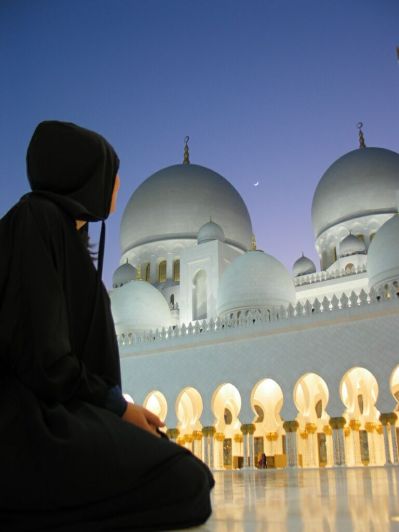 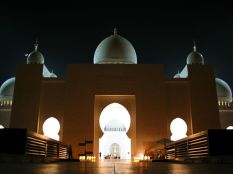 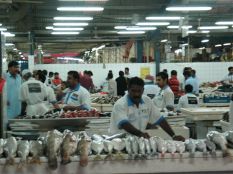 Another side of Dubai

This is Dubai, too

Immigrant workers live here. Who knows how many in a room?

On the top of the World. The other to, not Mount Everest. Man made top: Burj Khalifa. We’re at 452 meters. Thanks, Emaar and Nivine William!

Building The World at sea. Did they hault the grand project?

Behind Burj Khalifa. Marvelous fountain with evening and night shows, plus music

Dubai was like this. The area will, of course, radically change within 5 years. Max 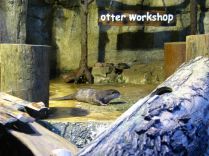 Thanks to the management of the Dubai Aquarium & Underwater Zoo we managed to get in. Cool place, a must visit attraction!

The 750 kg crocodile at the Dubai Aquarium and Underwater Zoo. The greatest attraction of the place

Guess which on is the male and which the female? (The Dubai Aquarium and Underwater Zoo)

Vanda and the spices… 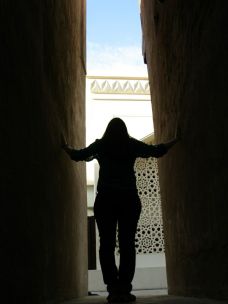 The oldest. Thanks Csanád and Ágota for spending the day with us and showing us around!

Arab art. Liked it. Trashcan heads? Maybe representing people who don’t have an individual thinking or have trash in their had? 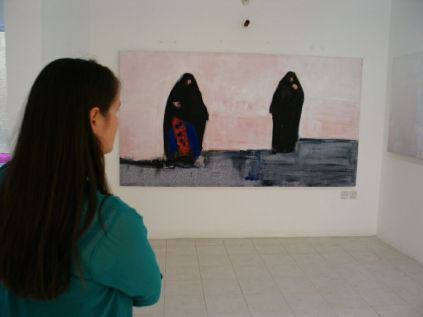